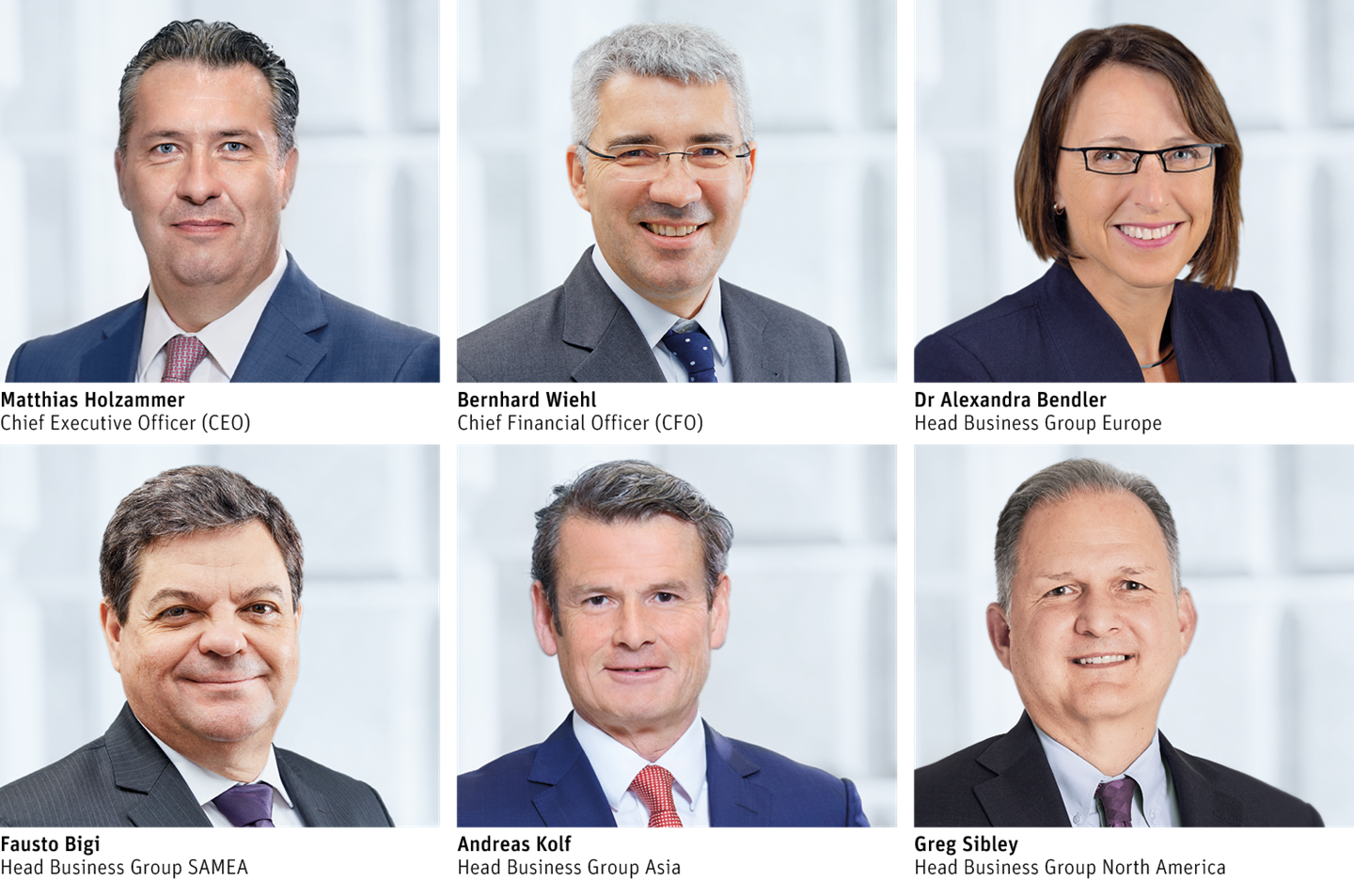 Member of the Group Executive Board since 2019 . Education and professional background PhD in Engineering, Technical University of Darmstadt, Germany; from 1998 to 2002 Research Assistant and Team Leader “Corporate Strategy” in cooperation projects with McKinsey & Company, Technical University of Darmstadt, Germany; from 2002 to 2004 Consultant, Droege & Comp., Germany; from 2004 to 2008 Senior Consultant and Project Leader, Technology Management Group (TMG), Germany; from 2008 to 2010 Head Global Cost Reduction Program, Rieter, Switzerland; from 2010 to 2014 Head Strategy & Marketing, Rieter/Autoneum, Switzerland; from 2014 to 2019 Head Sales & Program Management Business Group Europe, Autoneum, Switzerland; in the current function since February 1, 2019 . Other activities and vested interests none

Member of the Group Executive Board since 2016 . Educational and professional background Masters in Business Administration, INSEAD, France, and Graduation in Mechanical Engineering, Brazil; from 1986 to 1993 Senior Manager at Itautec Informatica, Brazil; from 1993 to 2006 various management functions at Valeo Automotive Systems, last assignment as Branch Marketing Director Lighting Division, France; from 2006 to 2008 Purchasing Director South America, Faurecia, Brazil; from 2008 to 2011 Head South America, Rieter, Brazil; from 2011 to 2012 Deputy Head Business Group SAMEA, Autoneum, Brazil; from 2012 to 2016 CEO Correias Mercúrio S.A., Brazil; in the current function since 2016 . Other activities and vested interests none

Member of the Group Executive Board since 2019 . Education and professional background Bachelor of Science in Mechanical Engineering, Northwestern University, Chicago (IL), USA; Masters in Business Administration in Operations Management and Finance, University of Michigan, Ann Arbor (MI), USA; from 1986 to 1997 various management functions with US automotive companies; from 1997 to 2004 various management functions at Emission Control Division with Tenneco, USA; from 2004 to 2007 Vice President Product Development and Strategic Sourcing with Trico Products, USA; from 2008 to 2010 Executive Director Engineering and from 2011 to 2013 Vice President Engineering and Manufacturing, 2014; Vice President Operations Europe and 2015 Vice President and General Manager North America, Clean Air Division at Tenneco, USA; from 2016 to 2018 President Business Unit Americas at Eberspaecher, USA; in the current function since July 1, 2019 . Other activities and vested interests none