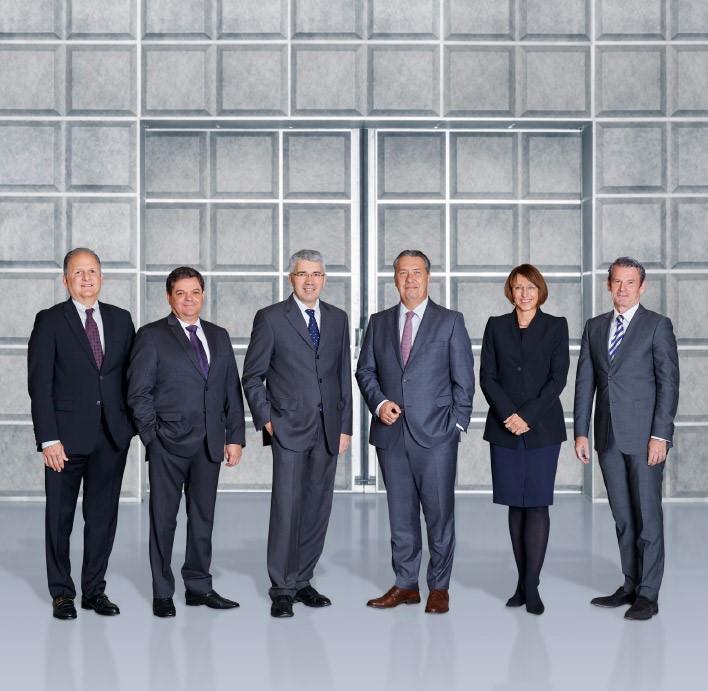 Member of the Group Executive Board since 2016
Educational and professional background Masters in Business Administration, INSEAD, France and Graduation in Mechanical Engineering, Brazil; from 1986 to 1993 Senior Manager at Itautec Informatica, Brazil; from 1993 to 2006 various management functions at Valeo Automotive Systems, last assignment as Branch Marketing Director Lighting Division, France; from 2006 to 2008 Purchasing Director South America, Faurecia, Brazil; from 2008 to 2011 Head South America, Rieter, Brazil; from 2011 to 2012 Deputy Head Business Group SAMEA, Autoneum, Brazil; from 2012 to 2016 CEO Correias Mercúrio S.A., Brazil; in the current function since 2016 . Other activities and vested interests none

Member of the Group Executive Board since 2019
Education and professional background PhD in Engineering, Technical University of Darmstadt, Germany; from 1998 to 2002 Research Assistant and Team Leader “Corporate Strategy” in cooperation projects with McKinsey & Company, Technical University of Darmstadt, Germany; from 2002 to 2004 Consultant, Droege & Comp., Germany; from 2004 to 2008 Senior Consultant and Project Leader, Technology Management Group (TMG), Germany; from 2008 to 2010 Head Global Cost Reduction Program, Rieter, Switzerland; from 2010 to 2014 Head Strategy & Marketing, Rieter/Autoneum, Switzerland; from 2014 to 2019 Head Sales & Program Management Business Group Europe, Autoneum, Switzerland; in the current function since February 1, 2019 . Other activities and vested interests none

Member of the Group Executive Board since 2019
Education and professional background Bachelor of Science in Mechanical Engineering, Northwestern University, Chicago (IL), USA; Masters in Business Administration in Operations Management and Finance, University of Michigan, Ann Arbor (MI), USA; from 1986 to 1997 various management functions with US automotive companies; from 1997 to 2004 various management functions at Emission Control Division with Tenneco, USA; from 2004 to 2007 Vice President Product Development and Strategic Sourcing with Trico Products, USA; from 2008 to 2010 Executive Director Engineering, from 2011 to 2013 Vice President Engineering and Manufacturing, 2014 Vice President Operations Europe and 2015 Vice President and General Manager North America, Clean Air Division at Tenneco, USA; from 2016 to 2018 President Business Unit Americas at Eberspaecher, USA; in the current function since July 1, 2019 . Other activities and vested interests none